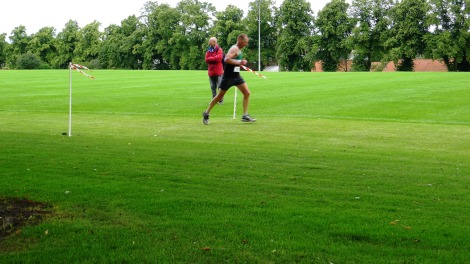 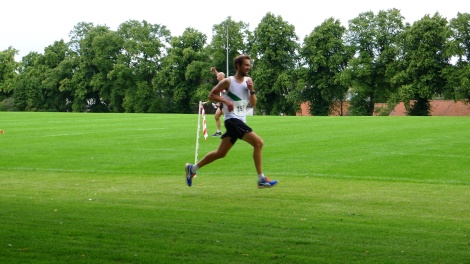 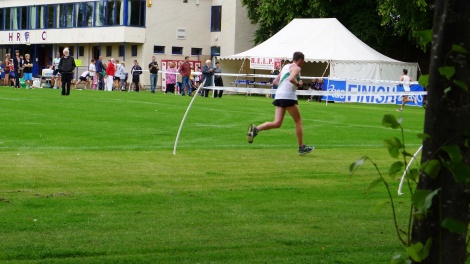 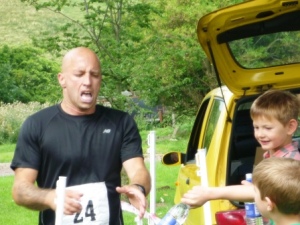 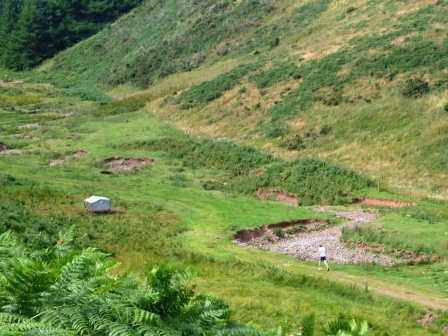 I hadn’t ran the Haddington Half for a couple of years, and thought it would be good to revisit it as a good paced training run for Reykjavik Marathon later in the month. It was not a bad run at all.

Haddington isn’t really a ‘fast’ course, a few hills mean it is always going to be a few minutes off my best times, and that was about right this time around (think this was my fastest time around). I think familiarity with a course always makes it seem shorter, something to do with the same laws that mean time is relative, or something like that. Anyway, the miles rolled by remarkably quickly, I was into mile six before I knew it and had started to reel in a few runners who had been well in front a few miles earlier.

For once, I had deliberately set off a little less hard than usual, as I felt at Helensburgh the previous Sunday I had pushed too hard too soon and the tank was empty at 11 miles…..I locked into a comforting, metronomic pace behind a guy and this swept me along nicely, and I felt like I was getting pulled along in an effortless vacuum for a bit. I also think the easier paced start paid off, as I felt quite fresh by about mile 10. The gear moved up a notch when a Portobello club runner threw the gauntlet down about 3 miles to go and the pace rose sharply. It was a case of working off each other for these last few miles, it was relentless and unremitting, each of us passing from time to time, but not painful and managed to keep it going hard and pass a couple more runners before the finish in the park.

As part of a more considered approach to tackling the marathon, I decided a decent sport massage was long overdue, and how right I was. Popped along to Ray Head in Edinburgh last Tuesday for 40 minutes of torture. Everything is tight – calfs, quads, IT band – you get the picture. The pain is indescribable with deep tissue massage – but you’re worth it, I keep saying to myself. I hobbled out and pondered about doing the annual run (it is NOT a race) that HELP organise from Carfraemill to Gifford.

It turned out not to be such a good idea the day after my legs had such a pummelling……Its a great run – one of the nicest runs of the year – a friendly bit of running with HELP runners (and I think Lauder). You are bussed across to Carfraemill then run back to Gifford via Lammer Law. A good steady climb for maybe first 5 miles, then downhill off Lammer Law and back to Gifford via Longyester.

I had a good run until 5 miles in. I felt a few small reminders in my quad and calf from the previous day’s massage, but on the first drop down off the hill things just went sharp and tight in my lower calf and that was it – anything downhill was really sore and it was a slow jog for the remaining 5 miles or so. As Anne Hay passed me, I asked if she could get Theresa to come and pick me up, so I managed to circumvent an embarrassing hobble across the non-existent ‘finish line’.

It’s now a case of RICE until Reykjavik this coming Saturday – things have eased off, and i’m told its a ‘grade 1’ strain, so with common sense and fair bit of luck I just might be ok for the marathon.

The enforced rest meant I had to forego a great little 6K hill run organised for Saturday as part of Oldhamstocks Flower Show. Instead, I cycled over the hill tracks to watch it – a good wee crowd turned up to run it, with a few from HELP and Musselburgh, which was good. I hope this race continues to be run – it would make a great XC course. Andrew Crichton and Ian Rowland from Dunbar came 1st and 2nd – and Theresa got 3rd lady! Nice one!